Wickham Laboratories is pleased to announce the publication of a recent opinion-based article on in vitro testing, by the Medicine Maker magazine.

The ‘In My View’ article (titled Thinking Outside the Tox) was written by Wickham Laboratories’ Head of Toxicology, and focuses on the different approaches around toxicology testing.  In particular, comparisons between in vitro and in vivo testing.

You can read the article below, alternatively, the article can be found on The Medicine Maker‘s website.

Thinking Outside the Tox

Decisions around toxicology testing must be made using scientific methods, not emotions or politics.

Toxicology is the science concerned with the nature, effects and detection of poisons. In the pharmaceutical industry, the definition changes slightly to focus on assessing the safety of drug products – a crucial element of drug development and product release, whether for a new drug or a new indication for an old drug.

Traditionally, toxicology has gone hand in hand with animal testing, and it is true that a significant number of regulatory safety assessments use this approach. However, there is an increasing focus on the development of in vitro testing methods. And although both in vivo and in vitro testing are intended to assess the safety of medicines, they do diverge from one another; in vivo tests tend to look at systemic effects, whereas current in vitro methods generally only examine a specific biological process or function.

An example of the different approaches is the rabbit pyrogen test (RPT) versus the in vitro monocyte activation test (MAT). The RPT is a long established test that gives a qualitative indication of the presence of pyrogens (fever producing agents) in the test substance being examined. Over the last 20 years, RPT has seen significant decline because of the implementation of the Limulus amebocyte lysate assay (LAL), which gives a quantitative indication of the presence of endotoxins. Although the LAL assay has led to significant reduction in animal use, there are limitations on the types of pyrogens that can be detected. MAT has a wider range of detection abilities and is based on the human immune response. It could completely replace RPT in many cases and is a good example of an in vitro success story. 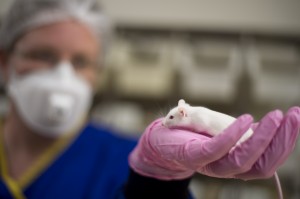 So are these new methods putting an end to animal testing? Not yet. Despite the successes of in vitro methods, there are areas of concern; for example, ensuring that the process for accepting methods is consistent across regulatory agencies. Particularly in respect to quality control assays, different national pharmacopeias have different standards for adoption. Some countries require that the in vitro method be at least as good as the animal method, but other countries may accept a less robust method simply because it replaces animals. In my view, these decisions need to be made using scientific methods – not emotions or politics. It is a disservice to patients to introduce any method that might make medicines or medical devices less safe.

In vitro methods are also challenged by complexity, particularly when it comes to regulatory toxicity studies, such as those falling under good laboratory practice. Potential interactions between whole body systems are extremely complex and not something that scientists can fully comprehend or simulate outside of the body right now. There has certainly been very good progress in replacing animal testing with in vitro tests that scrutinize one particular behavior, response or interaction, but replacing all animal tests is daunting to say the least.

The question of animal use is of course an important one, and those involved in such testing should endeavor to continuously replace, reduce, refine and be responsible in animal use where possible. That being said, our first and foremost goal must continue to be patient safety – and any new methodology should be assessed on that basis. We should all welcome increased scientific collaboration and public engagement on replacing animal testing – both are vital to a successful future for in vitro methods.

Published in June 2016 by The Medicine Maker.