Wickham Laboratories is pleased to announce a collaborative article with Understanding Animal Research on the topic of alternative testing methods has been published this month by The Translational Scientist.

The article, titled An End to Animal Testing is Not Yet in Sight, is an ‘In My View’ position piece and was produced jointly by the Head of Engagement at Understanding Animal Research and Wickham Laboratories’ Head of Toxicology.

The full article is available below and on The Translational Scientist’s website.

An End to Animal Testing is Not Yet in Sight

We need alternatives but, right now, in vivo methods might be the best option we have

Let’s consider the following scenario: new chemotherapy “Drug X” must be safety-tested before being given to volunteers as part of a clinical trial. Like all chemotherapy drugs, Drug X has been designed to be highly toxic and, if successful, will be an essential weapon in the cancer-fighting arsenal – reaching and killing cancer cells more rapidly than healthy cells.

As it will be used in immunocompromised patients, it is important that Drug X reaches the tumor without damaging the immune system further, so safety tests include trials to discover its effects on the body’s natural defenses.

Tests looking at immune reactions, along with a number of other essential toxicity tests for new drugs, have traditionally been carried out using animals, but more and more “alternative” non-animal assays are being developed to assess the toxicity of drugs and chemicals. These replacement tests are a regulatory directive – and research into alternatives is funded to the tune of 30 million euro through the Horizon 2020 program. 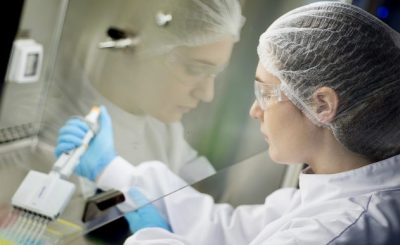 Although the development of new tests is a slow process that can take many years – especially as they must be validated through the European Centre for the Validation of Alternative Methods (ECVAM) – we have seen the successful rollout of non-animal replacements for standard toxicity tests. However, despite new methods being available, the organizations that carry out toxicity testing have been accused of slow adoption. Given that the majority of stakeholders want to reduce animal testing wherever possible, why do such organizations appear to drag their feet? The answer lies in the sector’s responsibility to ensure that tests are carried out to the highest standards, which means balancing the best scientific results with the best achievable animal welfare.

Consider the rabbit pyrogen test, which assesses whether a particular compound elicits an immune response (the release of endogenous pyrogen from immune cells) and verifies the safety of a wide variety of products, including vaccines and other injectable drugs. Validated alternatives to this test have existed for some time; for example, the Monocyte Activation Test (MAT), which uses human cells to monitor the immune response. However, in some instances, human cells simply cannot process everything that a whole-body reaction in an animal can, so uptake of the test has been slow for companies working with complex compounds (for example, insoluble or cytotoxic substances).

Drug X is one such an example. As with many other chemotherapeutic drugs, it does not dissolve easily, so it must be encased in a lipid membrane that can be broken down by the body, allowing it to reach its target tumor cells. And because Drug X is cytotoxic, it damages the human cells used in MAT in any case. It is not possible to dilute Drug X and test the human immune response using in vitro cells, but a rabbit can break down the drug in a similar way to a human, which allows us to assess whether the drug may induce an unwanted immune response.

The specific example above may not be the only reason some companies may avoid MAT, which can be impractical or unsuitable for a wide variety of reasons. The test must be carried out multiple times to validate it against the target compound and ensure that an accurate reading is obtained, making it seem expensive and time-consuming (though this cost pales in comparison to the cost of maintaining a colony of experimental animals). The sensitivity of MAT has also raised concerns over the possibility of false positives, regardless of the fact that there are insufficient data available at this time to validate that concern. Finally, it only measures the release of pyrogen from cells; as the immune system is a complex system with many factors contributing to a possible immune response, there are also concerns that an in vitro method may not adequately reflect a whole-body system.

Other alternative tests have similar limitations. In vitro tests focus on the replacement of a specific organ, response or system, but are often unable to identify off-target effects identified through an immune system, metabolic or reflex response. Every compound being tested will have different requirements, and choosing the right test, whether animal or non-animal, will depend on understanding its interaction with the body.

In the future, we may even see previously used tests such as skin-sensitization tests making a comeback, if current alternatives are not sufficiently sensitive to provide appropriate data for a particular substance (for example, medical device leachables that may not be reliably detected using current in vitro methods).

Clearly, the work to develop more and better alternatives must continue – all stakeholders want to see fewer animals used in safety testing. And regulation demands that animals are only used where no alternative method exists, which means that where a validated method is available it must be used – but the validation of safety testing is not always so black-and-white.

Alternative tests need to be appropriate to both the compound and the scientific approach, providing data that meets or exceeds that gained from animal studies. Only by using a considered and scientific testing strategy can we ensure that the need to protect animals is balanced with the need to provide the highest quality data in safety testing.

Published March 2017 by the The Translational Scientist.