On the 12th of November Wickham Laboratories took part in the Careers Fair event organised by Bohunt School, Liphook. It is the state school of choice for the local area having approximately 1300 students on roll (a mixture of 11-16 year olds) whose ethos can be expressed in three words: enjoy, respect and achieve. The event took place in the late afternoon and attracted exhibitors such as Virgin Media, Premier Inn, University of Winchester, University of Southampton, etc. Parents who were supervising their youngsters showed a lot of interest in potential career opportunities and paths to obtaining work experience or apprenticeships available to their kids.

Our company stand was extremely popular due to the fact that a significant percentage of students were considering studying science- related modules at the later stage of their education process, and they had a lot of questions to ask about the industry. The major objective of ours was to prove that microbiology can be both fun (different plates showing microorganisms present on human’s skin) and vital in terms of the production of pharmaceuticals and medical devices that are aimed at saving and improving people’s lives. 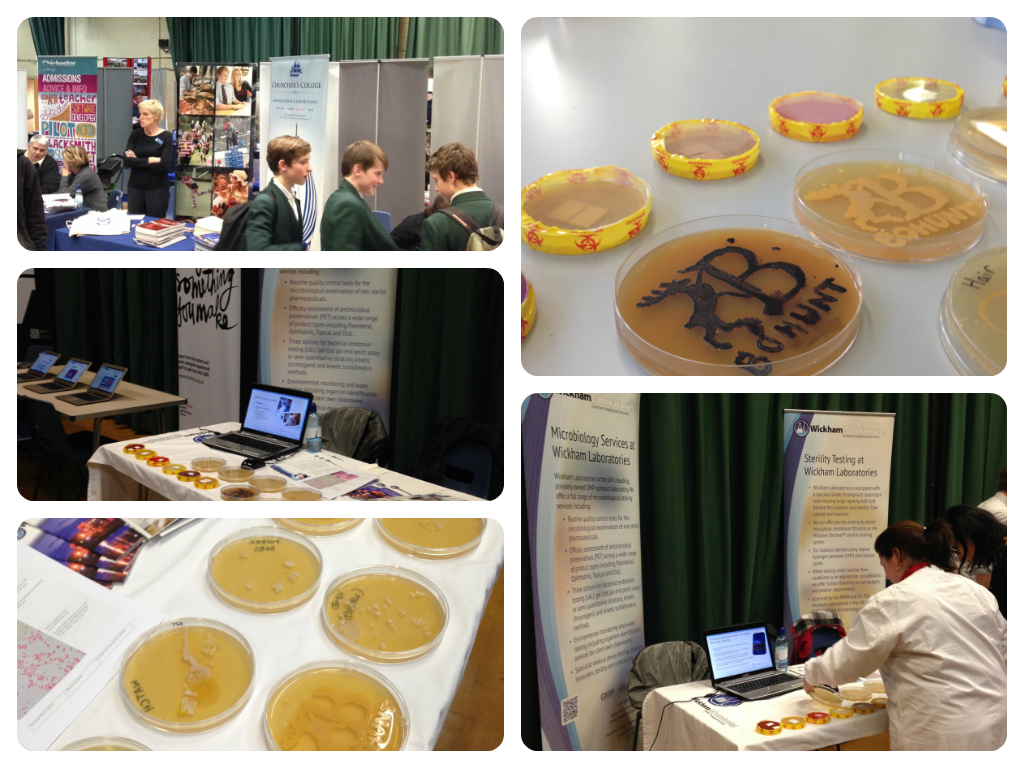